Fitbit Charge 3 vs Garmin Vivosmart 4 Fitness Tracker: Which One Is Best? 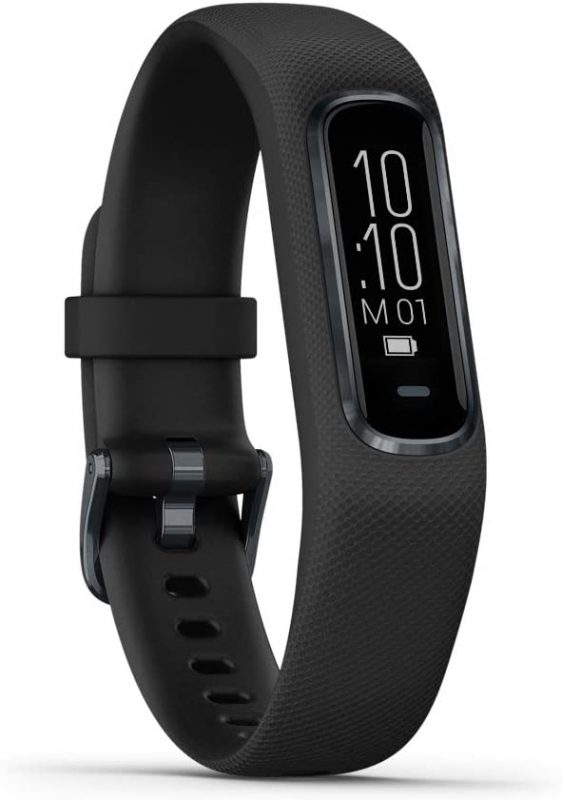 To say that wearable technologies have come a long way would be a massive understatement. The only feature that wearable fitness tech had to offer was tracking how many steps you’d take in a day.

These days, you can use your fitness tracker to log everything from your steps to your heart rate and even the number of hours you sleep every night! Currently, the market is full of companies that produce fitness trackers or watches to cater to all budgets and needs. Some only offer minimal features, while others are so sophisticated that they even include GPS functionality.

Even though the market for wearable fitness tech is very competitive now, some familiar names continue to dominate the market. Fitbit, for instance, is synonymous with the whole concept of a fitness tracker that you wear on your wrist. This American company focuses on wearable tech specifically for the fitness industry and continues to release new models frequently.

Despite the high number of new competitors entering the market, Fitbit continues to dominate by releasing newer models while innovating in their functionality.

Aside from that, Garmin also dominates the fitness watch market. Garmin is a fellow American company started by dominating the GPS technology sector. Garmin has been making watches for decades, though it was somewhere around 2014 that they ventured into making fitness trackers specifically.

Both of these companies make excellent fitness trackers, so deciding which one is better isn’t clear-cut. Still, that’s what we’re going to try and do in this article, by comparing what each company has to offer.

In this review, we’re going to put two products head-to-head: the Fitbit Charge 3 vs Garmin Vivosmart 4.

Choosing the best fitness tracker isn’t the same as buying a regular watch. So if you’re new to wearable tech, you must first understand the full range of functions these devices can offer you.

When you’ve done that, you can make better-informed buying decisions and pick the best one to suit your needs!

To give you the most well-rounded review possible, we are going to compare the Fitbit Charge 3 vs Garmin Vivosmart 4 based on the following traits:

Let’s begin with the Fitbit Charge 3. As the name suggests, this is the third-generation Fitbit tracker from the Charge series of trackers. Among all of Fitbit’s products, you can consider the Charge 3 to be an advanced tracker; loaded with functionality and collects all sorts of useful data.

First, let’s consider the overall style of the Fitbit Charge 3. Sure, it’s a fitness tracker. But still, users will wear this around their wrist throughout the day, so it doubles as a fashion accessory.

In terms of overall style, the Fitbit Charge 3 is very impressive. That’s because the band is interchangeable, which means that you can shop for any kind of wristband that suits your style. For instance, the classic black band is quite versatile, and will probably match whatever you wear.

However, you could also buy a colorful sports band if that’s your style, or a leather band to add a touch of class to it all. That’s a high degree of versatility.

Think about it: you could wear the same Fitbit Charge 3 all day, but change bands between the gym and the office!

Okay, so the tracker looks fantastic, but how does it perform? After all, the main reason you bought it was probably to track your fitness activities, right?

As you’d expect, the Fitbit Charge 3 will track your footsteps. But don’t forget, this is an advanced model, so it does a lot more than that. This watch has what Fitbit calls ‘next-level tracking’, which means that it can also track your movements across different activities.

Whether you’re swimming, cycling, or just taking a slow leisurely walk, this Fitbit will be able to differentiate and track it all separately. That’s convenient, especially if you cross-train in different sports.

Compared to other Fitbit models, Charge 3 does have a relatively larger and clearer display. Fitbit put in a greyscale 22mm OLED touchscreen which allows you to control the watch and scroll through different screens.

22mm might not sound like much, but that’s an ideal sized screen to have on a wristwatch. The numbers and alphabets on that display aren’t so bunched up together like on some compact trackers, so you’ll be able to read what’s going on much more straightforwardly.

Generally, you can expect to get seven days out of a single charge on the Fitbit Charge 3. That’s more than enough for most people. Even if you’re a heavy user, you’ll only have to charge the tracker once every few days.

The Fitbit Charge 3 will sync with the Fitbit app, allowing you to keep track of all your information in one place. One thing that’s fantastic about that app is that it also syncs with multiple Fitbit devices, including the likes of the Fitbit Aria scale.

So, all of the data collected across various Fitbit products will consolidate in the app, making it easy for you to track your progress over time.

Better yet, you can also add your friends who use the Fitbit app to get that added dose of motivation. Through the app, you can view each other’s progress and performance, while also engaging each other in challenges for virtual badges and trophies.

Now that we’ve looked at the Fitbit Charge 3, it’s time to consider the Garmin Vivosmart 4. As mentioned in the intro, Garmin is an American company that began by specializing in GPS technology. Since then, it has ventured into the field of wearable fitness tech, including fitness trackers like the Vivosmart 4.

Overall, the Garmin Vivosmart 4 is a fantastic product, but let’s see how its features stack up.

The first difference you’ll notice between the two fitness trackers is their shape. The Vivosmart 4 is rectangular; narrow but long. That’s quite different from the Fitbit Charge 3 which is more of a square shape.

These are purely cosmetic differences that don’t necessarily affect how these trackers perform. However, if you’re going to base your final choice on aesthetics, then this is something worth taking into consideration.

Here’s where it loses out to the Fitbit Charge 3. Garmin Vivosmart 4 does not allow you to change the band to something more customizable. So, you’re pretty much stuck with whatever color and style that you bought initially.

Just as with its Fitbit counterpart, the Vivosmart 4 tracks a wide variety of fitness. It’ll follow every step while collecting data about your pace, distance, and more.  Thanks to it being waterproof, the Vivosmart 4 will also track any swimming-related activities that you do, as well.

The Vivosmart 4 is also pretty ‘smart’ when it comes to identifying the types of activity you’re doing. So, you don’t have to change any settings before you walk or run; the tracker will figure it out and log the workout type accurately.

Of course, the tracker also collects information about your sleeping patterns, allowing you to keep track of your rest and recovery.

Garmin also uses a grayscale OLED display with the Vivosmart 4. Compared to the Fitbit Charge 3, though, the Vivosmart 4 is slightly smaller at 19.3mm. Despite that reduced size, the numbers and alphabets on the screen are still easy to read.

Typically, the Garmin Vivosmart 4 will last as long as the Fitbit Charge 3, which is about a week. However, that will also depend on which functions you keep enabled. That battery life might not last as long if you’re making use of the Vivosmart 4’s more advanced tracking abilities like the Pulse Ox sensor, which we’ll discuss below.

If there’s one area where Garmin products have a leg up over Fitbit, it’s in terms of heart rate monitoring and the tracking of other health metrics. The Vivosmart 4, for instance, makes use of a Pulse Ox sensor.

Aside from tracking your heart rate, it also measures how much oxygen is in your blood at all times. That in itself could draw more power out of the battery, reducing its overall battery life.

The Vivosmart 4 also supports ANT+ connectivity, which it uses to sync with chest straps for more advanced heart rate monitoring. This type of connectivity is a standard feature across several Garmin trackers, including the Vivosmart 4.

Garmin has its Garmin Connect mobile app for you to sync with the Vivosmart 4. Through the app, you can view all of your stats and see how your performance is progressing.

The app also allows you to socialize with your friends who use the same app. That’s a great way to keep each other motivated as you compete to see who has better performance numbers.

You can’t go wrong with either the Fitbit Charge 3 or the Garmin Vivosmart 4. Both of these products are some of the leading fitness trackers in their price range. Plus, as you’ve seen above, both products are effective at tracking a wide range of activities and other health stats.

Still, having to choose one over the other, we’d go with the Garmin Vivosmart 4.

It wasn’t easy to choose one over the other, but the Garmin Vivosmart 4 comes out on top because of its superior tracking abilities.

The Vivosmart 4 has an excellent grasp on tracking fitness activities like walking, running and swimming. That’s the bare minimum that you’d expect from any wearable fitness tracker these days when it comes to functionality.

However, where the Vivosmart 4 comes out on top is with all of its other health-related trackings. For starters, the watch offers you body battery energy monitoring. In simple terms, it gives you a way to quantitatively (i.e. with numbers) measure how much energy you have throughout the day.

That will go a long way towards helping you understand how your energy levels fluctuate throughout the day. Suppose you want to figure out if you should workout in the morning or evenings. Knowing when your energy levels are the highest, you could schedule your activities to make the most of the energy you have.

On top of that, Garmin products like the Vivosmart 4 also offer more flexibility when it comes to heart rate monitoring. Most fitness trackers rely on optical heart rate monitoring taken from your wrist. That is an effective method of measuring your heart rate, but it’s not as accurate as when you use a chest strap instead.

Thanks to the Vivosmart 4’s ANT+ connectivity, you have the option of pairing your watch with a chest strap for more accurate heart rate monitoring. That’ll be of great use to you if you’re trying to train within certain intensity zones which are defined by your heart rate.

When it comes to tracking fitness and wellbeing data, it’s always better to have too much than too little data. After all, Garmin’s Connect mobile app does an outstanding job at organizing all that data so you can study your performance and set a plan for improving further.